Mina Kusumoto is highly acclaimed as a piano soloist and collaborative pianist. A native of Japan, Ms. Kusumoto began studying solfege at the age of three and the piano at the age of six. She earned her Bachelor of Music Degree at Musashino Academia Musicae in Tokyo where she studied with Yuriko Moriyama and Konstantin Ganev who was a pupil of legendary piano teacher Heinrich Neuhaus in Moscow Conservatoire. Mina Kusumoto was awarded the highest distinction in her graduation class, and was chosen to perform her graduation piano recital. She has given concerts each season in many world wide venues, such as Kennedy Center, Lincoln Center, Weill Recital Hall in Carnegie Hall, Steinway Hall, Yamaha Salon in NY, Tokyo Metropolitan Arts Hall, Minatomirai Hall in Japan, Oxford Town Hall, and Jacqueline De Prez Memorial Hall in the United Kingdum.

Ms. Kusumoto was invited in various music festivals, including the 100 pianists at the Kennedy Center under conductor Maestro Leonard Slatkin, the International Summer School in Tokyo, and the Oxford Piano Festival in the U.K. She has also constantly performed as an active collaborative pianist in numerous concert tours with singers, instrumentalists, and dancers in Japan, Taiwan, China, and the U.S., and her performance was provided CDs which were sold with recommended by the Ministry of Education of Japan. She also won many competitions such as the International Arts Federation Competition in Japan, the All Japan Soloist Competition in Japan, and the Artist International Competition in NY. In 2007, she gave a NY debut recital at Weill Recital Hall in Carnegie Hall as a winner of the Artist International Competition.

As a passionate, dedicated piano teacher, she has been teaching students and given masterclasses in and the Her students received prizes both national and international competitions and accepted the prestigious precolleges such as , Manhattan School of Music and the . As a faculty member at MSM SUMMER (Manhattan School of Music), Bloomingdale School of Music,private teacher at Horace Mann School and Riverdale Country School, Mina encourages students to discover the core of art through music, and improve their talent. She is a founder and artistic director of International Music Organization New York which is formed in 2018 and gives opportunities to perform at competitions and concerts for young musicians. (www.imonewyork.org)
Mina Kusumoto has been residing in New York City since 2003. She received her Master of Music Degree from the Manhattan School of Music as a student of Marc Silverman, and, was given Scholarship from the Manhattan School of Music. She has been coached chamber music by Alan Kay, and her other teachers include Masako Matsunaga, Etsuko Takeuchi,and Martin Canin. 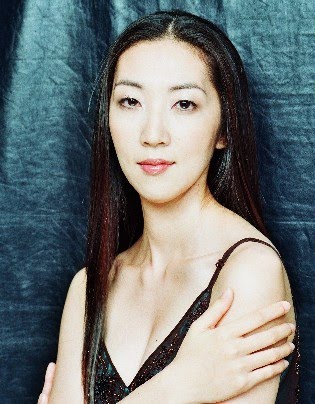